Serving Clients in Atlanta and the Surrounding Area

Historically speaking, the federal estate tax is an excise tax levied on the transfer of a person’s assets after death. In actuality, it is neither a death tax nor an inheritance tax, but more accurately a transfer tax. There are three distinct aspects to federal wealth transfer taxes that comprise what is called the Unified Transfer Tax: Estate Taxes, Gift Taxes, and Generation-Skipping Transfer Taxes. Legal planning to avoid or minimize these transfer taxes is both a prudent and an important aspect of comprehensive estate planning. The most recent iteration of the federal estate, gift, and generation-skipping transfer tax was signed into law by President Trump on December 22, 2017, as part of the Tax Cuts and Jobs Act of 2017 (TCJA 2017). There are a few things you ought to know about this law which took effect on January 1, 2018. Specifically, you should know the “numbers” governing transfers subject to estate, gift, and generation-skipping transfer taxation.

A $5 million exemption, as indexed for inflation, was signed into law on December 17, 2010, under the Tax Relief, Unemployment Insurance Authorization, and Job Creation Act of 2010 (TRA 2010). By 2017, the federal estate tax exemption had risen to $5.49 million per individual due to the inflation feature (and a nearly “automatic”* $10.98 million for married couples who follow very specific requirements at the death of the first spouse). With the stroke of his pen on December 22, 2017, President Donald Trump increased this exemption to $11,200,000 per individual (and $22,400,000 for married couples). For 2020, that exemption is increased to an inflation-adjusted $11,580,000 per individual (and $23,160,000 for married couples). The tax rate for amounts above what can be exempted remains at 40%. *See “Portability” below for more on this.

So, what is this GSTT? Basically, it is a transfer tax on property passing from one generation to another generation that is two or more generational levels below the transferring generation. For instance, a transfer from a grandparent to a grandchild or from an individual to another unrelated individual who is more than 37.5 years younger than the transferor. Properly done, this can transfer significant wealth between generations. The amount that can escape federal estate taxation between generations, otherwise known as the Generation-Skipping Transfer Tax Exemption (GSTT) is unified with the federal estate tax exemption and the lifetime gift tax exemption at $11,580,000 per individual (and $23,160,000 for married couples, subject to certain specific requirements). As with estate and gift taxes, the top GSTT tax rate is 40%.

The American Taxpayer Relief Act of 2012 (ATRA 2012), made “permanent” a new concept in estate planning for married couples, ostensibly rendering traditional estate tax planning unnecessary. This concept, called “portability,” means that a surviving spouse can essentially inherit the estate tax exemption of the deceased spouse without use of “A-B Trust” planning. As with most tax laws, however, the devil is in the details. For example, unless the surviving spouse files a timely (within nine months of death) Form 709 Estate Tax Return and complies with other requirements, the portability may be unavailable. However, an automatic six month extension of time to file the return is available to all estates, including those filing solely to elect portability, by filing Form 4768 on or before the due date of the estate tax return. In addition, married couples will not be able to use the GSTT exemptions of both spouses if they elect to use “portability” as the means to secure their respective estate tax exemptions. Furthermore, reliance on “portability” in the context of blended families may result in unintentional disinheritances and other unpleasant consequences. If you are concerned about how your current estate and gift planning may function in light of TCJA 2017, and thereafter, then we encourage you to schedule a consultation.

Georgia’s estate tax system is commonly referred to as a “pick up” tax. This is because Georgia picks up all or a portion of the credit for state death taxes allowed on the federal estate tax return (federal form 706 or 706NA). Since there is no longer a federal credit for state estate taxes on the federal estate tax return, there is no longer basis for the Georgia estate tax. Georgia has neither an estate tax – a tax paid by the estate, nor an inheritance tax – a tax paid by a recipient of a gift from an estate. However, in addition to the federal gift, estate, and generation-skipping taxes, some states have their own independent state estate taxes and still others also levy an inheritance tax. Even this fact of life is in a state of flux, especially given the status of state budgets expanding as revenues are shrinking in some states. Be sure to schedule a consultation if you are presently residing in such a state, thinking about retiring to such a state, or may be inheriting from a resident of such a state. We may be able to recommend some planning strategies to legally minimize or eliminate future tax exposures. 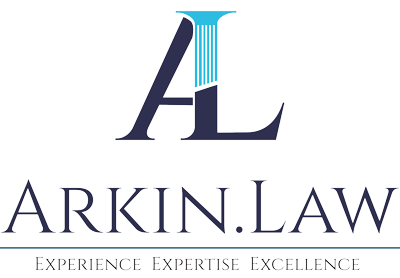 LEGAL DISCLAIMER:
The information contained on this website is presented for informational and marketing purposes only and is not to be understood as legal advice. You should consult an attorney for advice respecting your individual needs.  Arkin.Law looks forward to speaking with you about your particular needs. Please note, however, that the mere act of contacting our firm does not create an attorney-client relationship. As a result, you should never send any confidential information to our office until an Agreement has been signed by both you and Arkin.Law.